The Rising Epidemic of Sexual Exploitation of Children

Guest contributor Mohamed Bah speaks of the rising epidemic of sexual exploitation of children and the steps parents and caregivers can take to help prevent it.  For more information about Child Sexual Abuse & Trafficking, please visit our Parenting Resource Center by clicking here.

It’s never too late to make a positive difference.

With the recent headlines detailing numerous child sexual abuse scandals, sexual exploitation of children has been put on the international spotlight. Here is an overview on the issue which provides its definition, high-profile cases, everyday real-life scenarios, the efforts being undertaken by governments and law enforcement and what parents can do to keep children safe and protected from people who might want to take advantage of them. Child sexual exploitation is classified as a type of sexual abuse in which the perpetrator targets minors and places them in exploitative situations and relationships where the child receives something in return for performing sexual activities with the perpetrator. What the child receives in return can be money, drugs, or food or other basics of life such as protection and affection. Identifying cases of this crime can be complicated given that in most instances, minors trust their abuser and may not comprehend that they are being abused. They may also be dependent on their abuser or might be too scared and choose to keep the abuse a secret, sometimes long after the abuse has stopped. Some victims of child sexual exploitation may also be manipulated to the point at which they believe themselves to be in a loving and consensual relationship with their abuser. However, it is important to acknowledge that the use of minors for sexual acts regardless of larger context and case specifics is inherently exploitative. child sexual exploitation is also closely associated with terms such as “child prostitution” and “youth sex trade”, as well as the involvement of minors in creating pornographic material.

Child sexual exploitation often occurs online as well. In these instances, a minor is often persuaded or coerced into producing sexually explicit images of themselves, performing sexual activities via a webcam or smartphone, or having sexually explicit conversations. This material may be used to blackmail the minor into continuing a relationship with the abuser, as the abuser may threaten to send it to the minor’s family and friends if the minor is not complacent to the abuser. Moreover, this material may remain in the hands of the abuser even after the relationship with the minor no longer exists.

The cases in this report only depict one of the endless settings in which child sexual exploitation can occur. Often, sexually exploited minors suffer from drug abuse, homelessness, trauma and other situations that may lead them to turn to sex trade for survival. The use of sexual exploitation is commonplace in gangs and is often used to initiate new members and exert dominance over them. Females are more vulnerable in such instances as they can be used to entrap rival gang members. However, minors who have no such history with drug abuse, gang involvement or past trauma are also at risk of being sexually exploited.

Child sexual exploitation is a growing concern worldwide. It occurs in all populations, across all racial and cultural groups and to children of all socioeconomic and educational levels. It is especially prevalent in developing countries that have prominent and lucrative sexual tourism industries such as the Philippines. The rapid spread and advancement of the Internet worldwide have also contributed to children having a higher risk of being sexually exploited given that it is hard to monitor the minor’s and abuser’s activity online.

As a crime, child sexual abuse is addressed by a country’s child protective system and criminal justice system. However, these only address children sexual exploitation that has already occurred and does nothing to prevent it. For this reason, it is imperative that governments worldwide, along with police task forces continue to explore, evaluate and strengthen new approaches to preventing and addressing child sexual abuse and exploitation.

The responsibility to prevent sexual abuse and exploitation should remain with the adults rather than the children. Parents and guardians of minors should remain on guard regarding the adults who have constant interactions with their children. It is important to keep in mind that many would-be child predators will seek contact with children through voluntary or professional positions. Measures such as conducting background checks as part of the hiring process must be strengthened to thoroughly vet anyone who works with minors. Parents and adults invested in a child’s wellbeing and safety could also benefit from taking educational courses that educate on the prevention of child sexual exploitation.

At home, parents and guardians should regularly monitor a minor’s online activity, making use of censorship control to keep content age-appropriate and keep them out of websites that might pose a threat. It is very important to keep an eye on their social media accounts and ensure that they don’t expose themselves or communicate personal information through them. It is important to keep an eye on who the minor is communicating online with. Knowing who is part of a minor’s life will facilitate the recognition of lurking strangers. Moreover, parents should strive to have regular age-appropriate conversations with their children about this issue to educate them on how to prevent putting themselves in vulnerable situations. Children should learn to be wary of strangers and learn what is and isn’t okay for a stranger, acquaintance or family member to discuss with them. They should also be aware of the importance of setting adequate personal boundaries with friends and family members. All these measures will help keep children safe.

It’s important to stop child sexual exploitation before it even begins to prevent minors from experiencing the trauma of sexual abuse and exploitation. Living with the long-term consequences of sexual abuse can be debilitating, given that these consequences can include chronic low self-esteem, episodes of depression, and impaired ability to form intimate bonds. Mohamed Bah handles public relations for National Crime Reporting and in his spare time enjoys playing basketball and watching Breaking Bad. He is a believer in American SPCC’s  due to the fact that children are our future, and it is our responsibility to set a great example for them to follow as they get older.

American SPCC encourages you to join us! By investing in children’s futures, you make a direct impact on the future of our nation.

TAKE ACTION and start making a positive difference in the life of a child today! 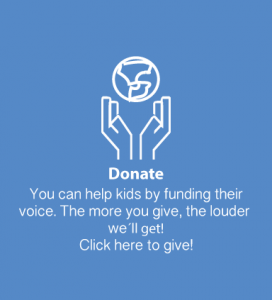 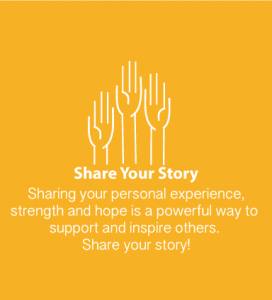